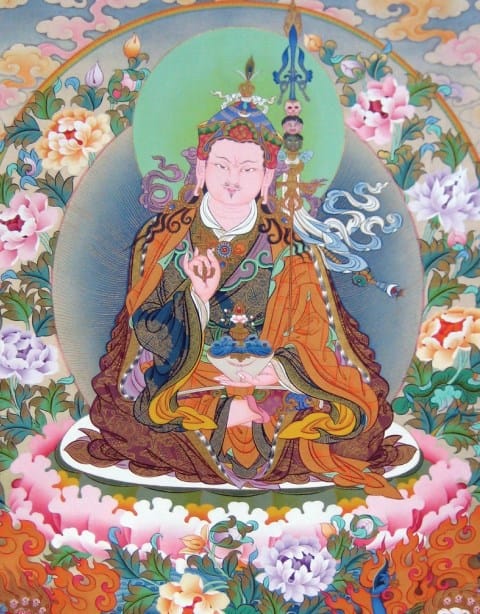 Guru Padmasambhava was an emanation of Amitabha Buddha and the incarnation of the enlightened speech of all Tathagatas. He arose from a golden dorje marked with the Hrih syllable. The dorje appeared on a multicolored lotus which, due to the Buddhas blessings, had flourished on an island of Lake Danakosha, in the southwest of the kingdom of Oddiyana. His was the lord of the secret mantra and a master of the symbolic language of the Dakinis. His tireless enlightened activity led innumerable beings to full spiritual maturation.