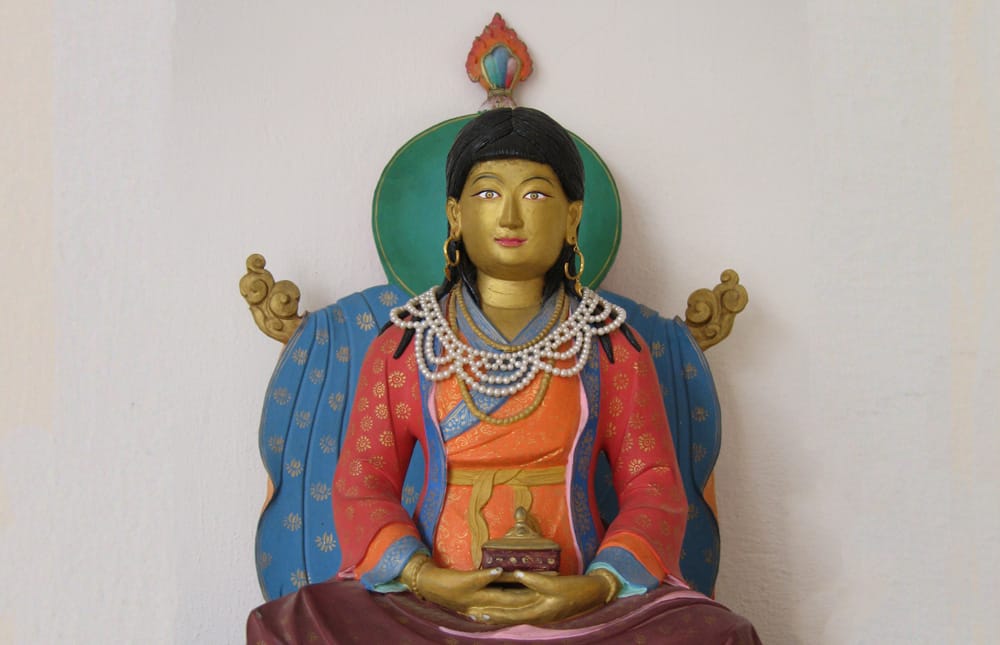 Publication of new translations of texts by Sera Khandro

Lotsawa House, a virtual library of translations of Tibetan buddhist texts, has published two new translations of texts written by Sera Khandro, in Tibetan and English, translated by Christina Monson. They are “Advice from the Vajra Wisdom Consort“, which offers a clear and concise description of the liberated experience that results from practising the path of the development and completion stages, and “Concise Spiritual Advice“, where Sera Khandro gives pith advice on the need to practise the path by letting go of attachment to saṃsāra and, upon the foundation of bodhicitta, meditating intensively in solitude.

We invite you to read the other texts written by Sera Khandro which Lotsawa House has published on its website.

Sera Khandro Kunzang Dekyong Wangmo (1892-1940) was a great female tertön from Nyingma school. She was the consort of Tulku Trimé Özer, one of the sons of Dudjom Lingpa. She was one of the root gurus of Kyabje Chatral Sangye Dorje Rinpoche and was reborn as his daughter, Saraswati. Another incarnation was Tare Lhamo, who was recognised by Kyabje Dudjom Rinpoche, Jigdrel Yeshe Dorje.

On this page you can read about her biography.