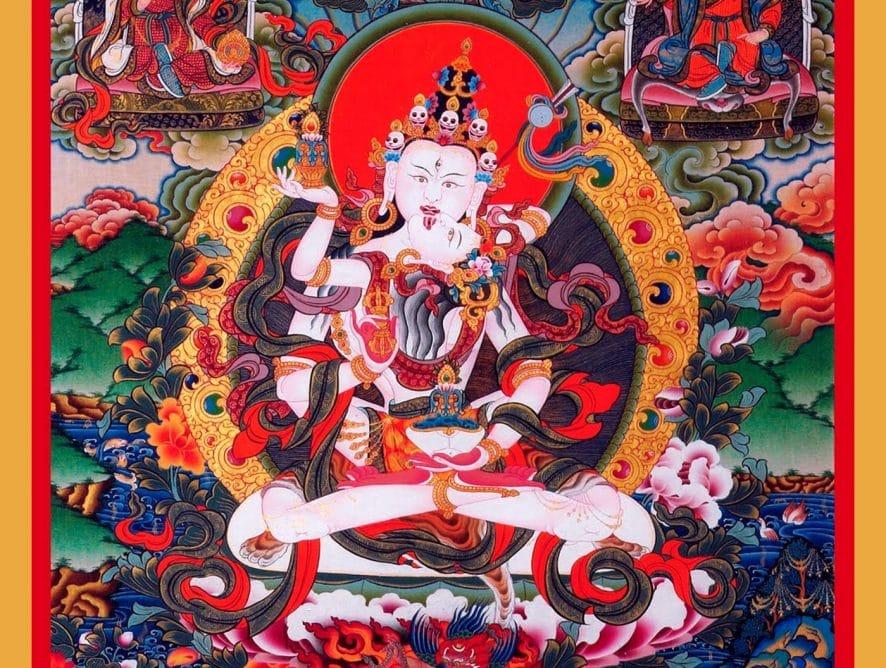 In the outer aspect of the Lama, Guru Rinpoche takes the form of Orgyen Menla Dütsi Bum Zang (Guru Rinpoche of Medicine, the Excellent Vase of Nectar); in the inner aspect of the Lama he is Orgyen Khandro Norlha (the Guru of all Dzambhalas, which magnetizes the essential wealth of Samsara and Nirvana); in the secret aspect he is Tsokye Tuktik (the Vajra Lake-Born), and in the innermost secret aspect he is Lama Drakpo Taphur (the Wrathful Lama Union of Hayagriva and Vajrakilaya). The cycle also contains, among other, Long Life practices (Tsokye Tuktik Tse Drup).